From the July 2017 newsletter of the WMO [World Meteorological Organization] Integrated Global Observing System (WIGOS). With some additional links & [clarifications]. 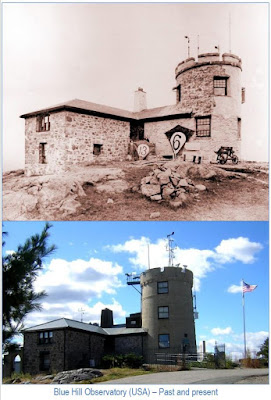 Long-term meteorological observations are part of the irreplaceable cultural and scientific heritage of mankind
that serve the needs of current and future generations for long-term high quality climate records. They are
unique sources of past information about atmospheric parameters, thus are references for climate variability
and change assessments. To highlight this importance, WMO has a mechanism to recognize long-term observing stations. By so doing, the Organization promotes sustainable observational standards and best practices that facilitate the generation of high-quality time series data.

The mechanism involves close collaboration between the Commission for Climatology (CCl), the Commission for Basic Systems (CBS), the Commission for Instruments and Methods of Observations (CIMO), the Global Climate Observing System (GCOS) through an ad-hoc advisory board, as well as the WMO Members and the Secretariat. The 69th Session of WMO Executive Council (May 2017) recognized a first set of 60 long-term observing stations following an invitation letter from WMO Secretariat to Members to submit no more than three candidate stations. Further invitation letters will be released every second year to extend the list of WMO recognized long-term observing stations. The next call for the nomination of candidate stations will be issued in early 2018.

The recognition mechanism is based on recognition criteria that address the length, completeness and consistency of observations at a station, the availability of minimum station metadata, data rescue, WMO observing standards including siting classification, observational data quality control and the future of the observing station. A self-assessment template for recognition criteria compliance of individual observing stations has been developed for Members to submit candidate stations, which has to be filled in for each candidate station. After review by the above mentioned advisory board, a list of stations is tabled at Executive Council sessions for final decision. It is envisaged to renew the recognition of observing stations every ten years to ensure criteria compliance.

A special WMO Website has been implemented that provides information on the mechanism and lists candidate and recognized stations:

Furthermore, the recognition will be reflected in the WIGOS station catalogues. It is also planned to design a certificate per recognized station as well as a metal plate for installation at the station site.