A primer on herd immunity for Social Darwinists

Herd immunity has been proposed as a way to deal with the new Corona virus. In the best case, it is a call to slow down the spread of the SARS-CoV-2 virus enough so that the hospitals can just handle the flood of patients, in the worst case it is a fancy term for just doing nothing and let everyone get sick.
Trump often talked about letting the pandemic wash over America. Insider reports confirm he was indeed talking about herd immunity. When I first heard claims that Boris Johnson was pursuing herd immunity, I assumed his political opponents were smearing him and trying to get him to act, but it seems as if this was really his plan. Of all world leaders Jair Bolsonaro may be most in denial about the pandemic, which he calls a little flu. He also advocated herd immunity. All these leaders have downplayed the threat, which by itself helps spread the decease, and advocated policies that promote infection, leading to more infected, sick and dead people.
America and Brazil lead the COVID-19 death rankings unchallenged with respectively 187 and 120 thousand total deaths and around one thousand people dying every day the last month. The UK is the country with the most COVID-19 deaths in Europe, while it was lucky to get it late.
This "strategy" has a certain popularity among Trump-like politicians. I do not think they know what they are doing. Scientific advice tends to come from a humanist perspective where every life is valued. Such advice is naturally rejected by Social Darwinians, who in the best case do not care about most people. While these politicians naturally see themselves as more valuable than us, they tend not to excel in academics. So let me explain why herd immunity is also a bad policy from their perspective, even if up to now people from groups they hate had a higher risk of dying.

If we do not take any preventative measures one SARS-CoV-2 infected person infects two or three further people. This may not sound like much, but this is an example of exponential growth. It is the same situation of the craftsman who "only" asks the king for rice as payment for his chessboard: one grain on the first square, two on the second, four on the third square and so on. 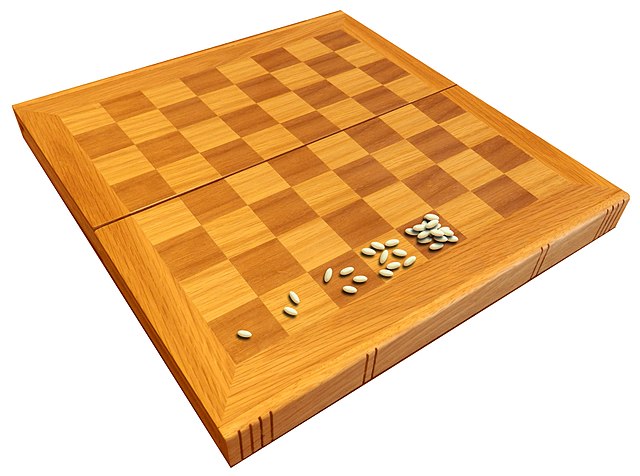